Referees can reject the use of goal-line technology or even overrule it in the Club World Cup, which starts this week in Japan, a senior FIFA official said Wednesday.

Referees can reject the use of goal-line technology or even overrule it in the Club World Cup, which starts this week in Japan, a senior FIFA official said Wednesday.  Two different GLT systems, Hawk-Eye and GoalRef, are to be used in the eight-game competition from Thursday, when continental kings of club football, including Chelsea and Brazil’s Corinthians, will battle for world supremacy.  ”The referee has the final word when it’s about the goal-line technology system,” FIFA secretary general Jerome Valcke told a news conference in Tokyo.  In July, the International Football Association Board (IFAB) — custodians of the game’s laws — decided to use goal-line technology at the Club World Cup, next year’s Confederation Cup and the World Cup finals in Brazil in 2014.  Valcke said referees at these competitions will test the system 90 minutes before each game to see if it is working to his satisfaction.  ”If he has any doubt and if this doubt cannot be corrected by the provider who is on the site, then he has the right to say, ‘Sorry, guys. I don’t think I can rely on the system’,” he said.  ”Again, the referee is the most important person. He’s the one who’s making the final decision and he has to keep this right for the final decision,” Valcke said.  Fans have called for years for the football world to embrace technology aimed at eliminating human error, citing its use in other sports including tennis and cricket.  ”It’s a big day because it’s the first time that the technology will be used officially in a game or games. Up to now, it was just experiment.”  Individual associations still have the right to decide whether to they use the technology in their competitions. That means UEFA, for example, could opt not to implement the system.  FIFA, football’s world governing body, has given GLT licences to Britain-based but Sony-owned Hawk-Eye and Germany’s GoalRef, from a shortlist of some 10 different companies.  The Hawk-Eye system uses seven cameras while GoalRef utilises magnetic fields to determine whether a ball has crossed the line. Both systems transmit their findings to devices that can be worn on officials’ wrists.  Both are in the running for installation in stadiums for the Confederations Cup in Brazil next June, but other companies can still apply for the chance to have their technology used, said Valcke.  He said FIFA would have to decide the contractor “by the end of March at the latest”.  The Club World Cup kicks off on Thursday in Yokohama, with New Zealand’s Auckland City FC taking on Japan’s Sanfrecce Hiroshima. 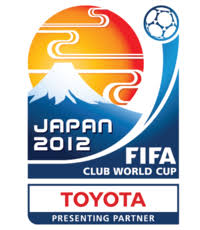